In this case study we consider a simulation of a channel flow heated by four rod electrodes using a Scott circuit. Here the rod electrodes are not computed as solid bodies, i.e. their geometric shell is the boundary of the channel model. The electrical potential is applied to the rod electrode boundary. Since this Scott circuit involves two separate (phase-shifted) circuits, two separate electric fields have to be computed in this simulation. Depending on the flow rate and the arrangement of the electrodes, the electrical resistance in the fluid sets a specific temperature distribution in the fluid. 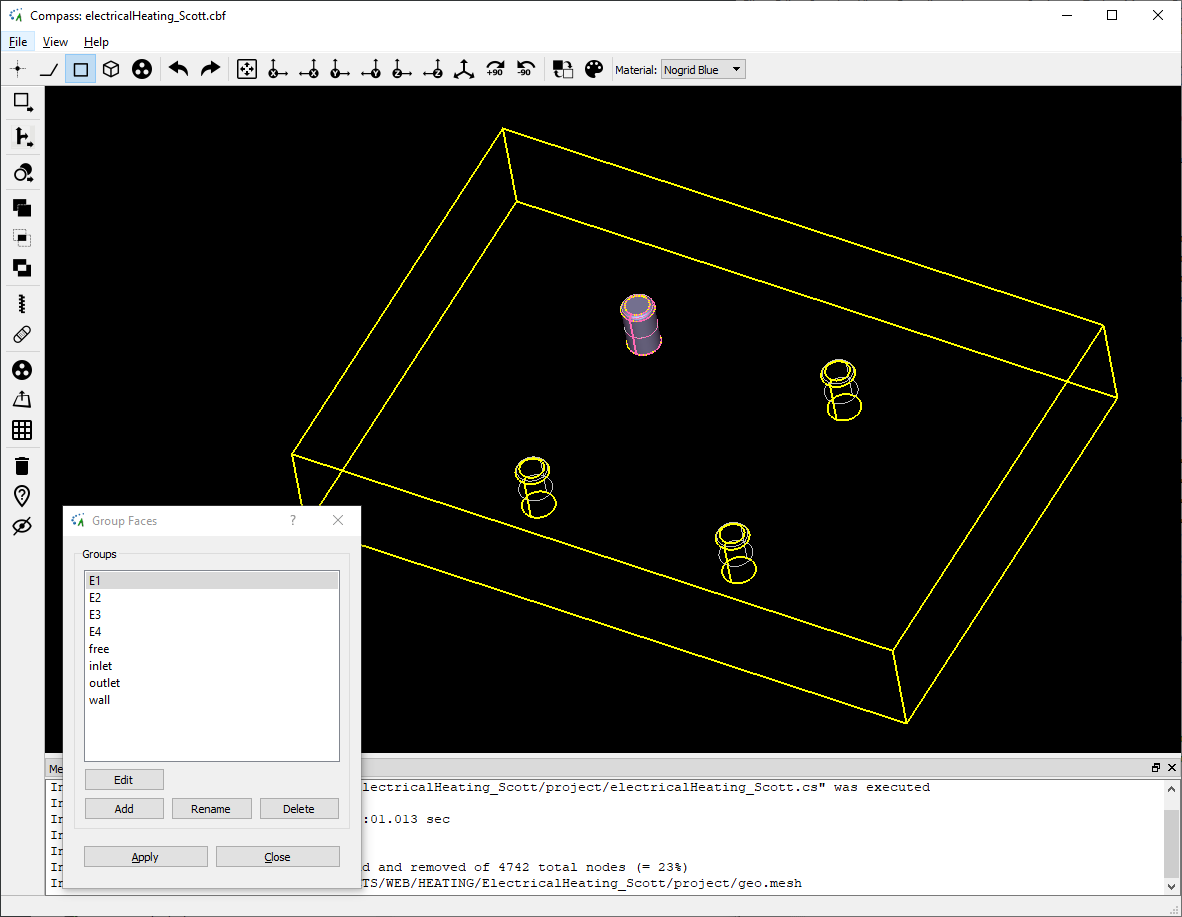 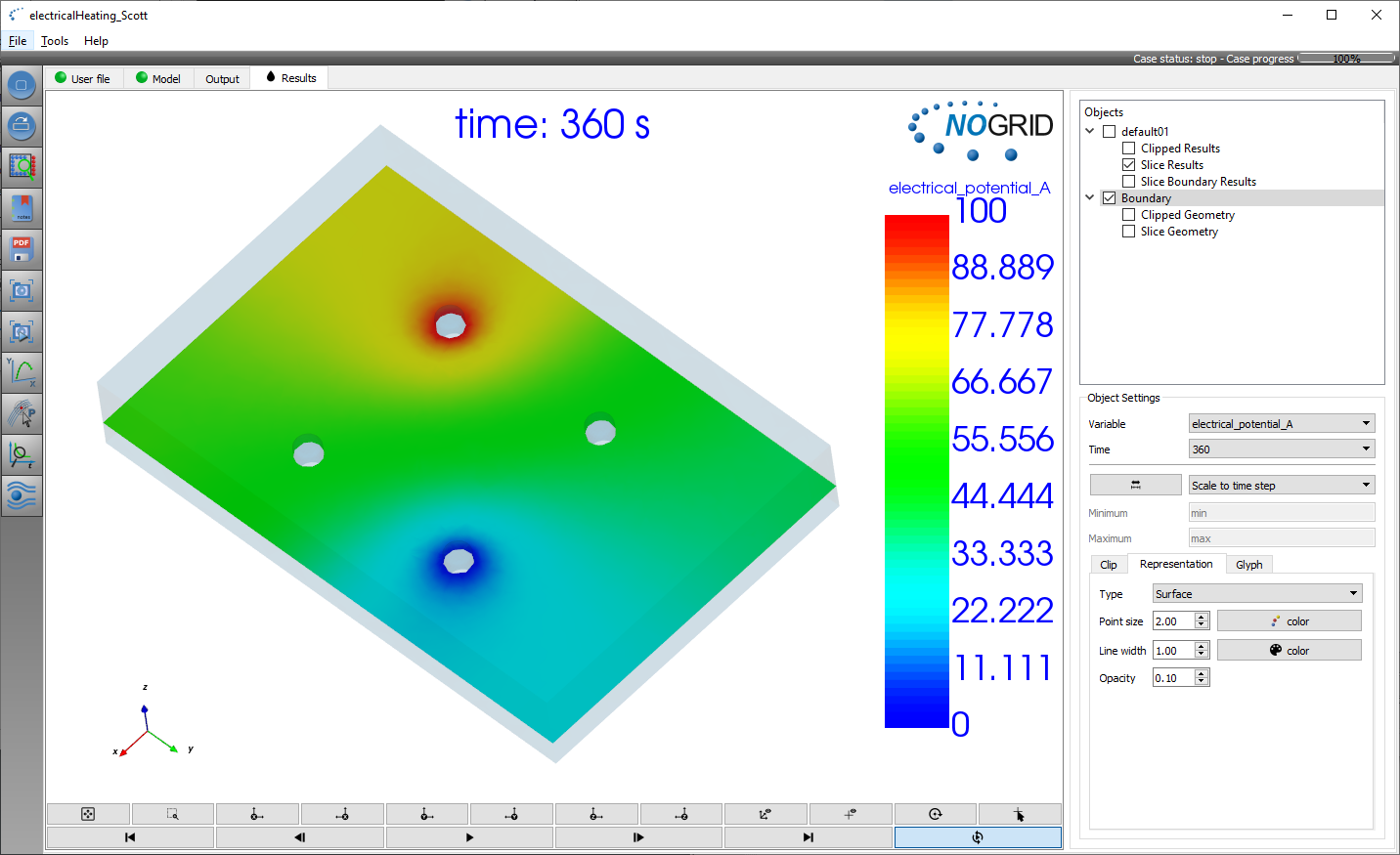 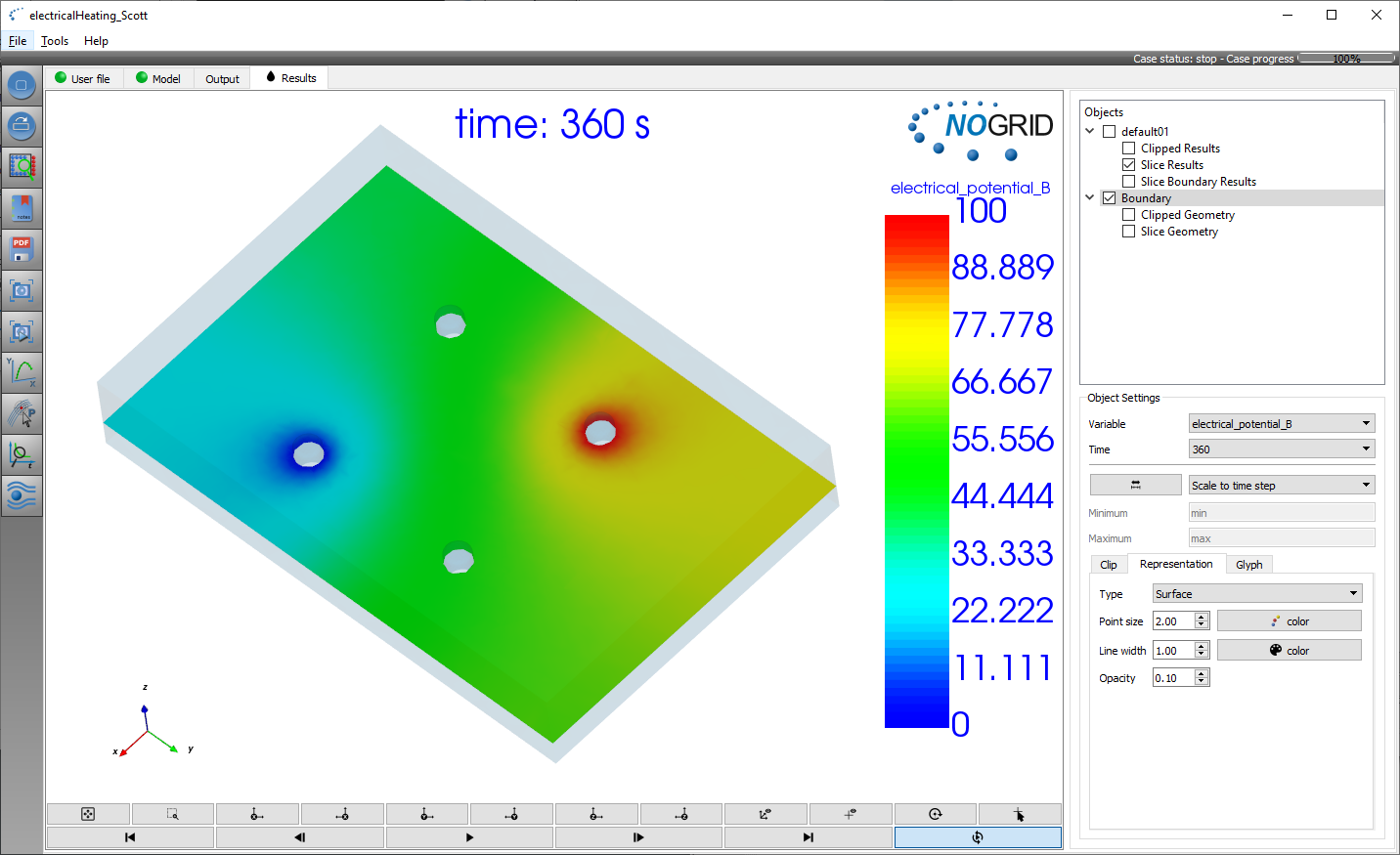 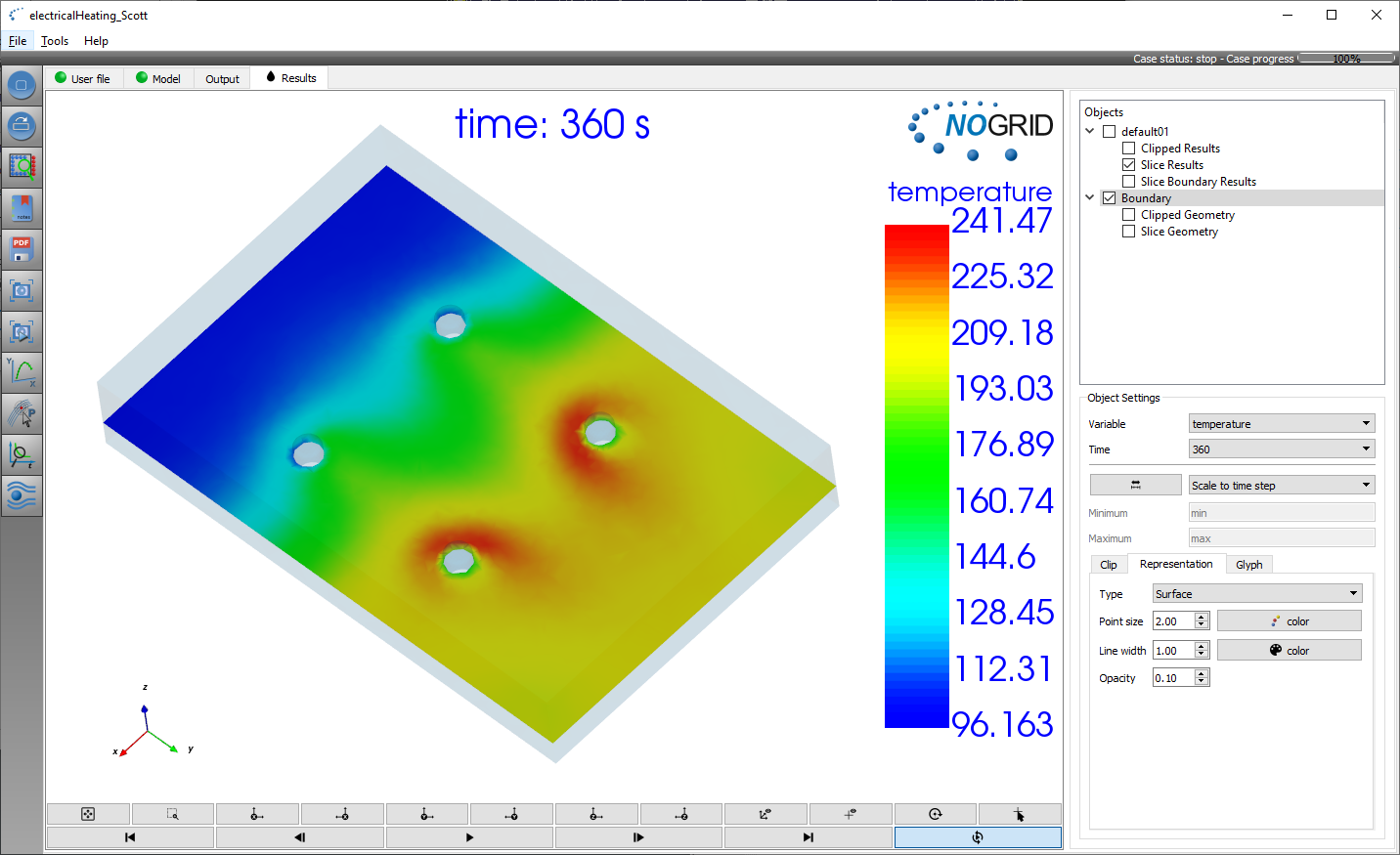 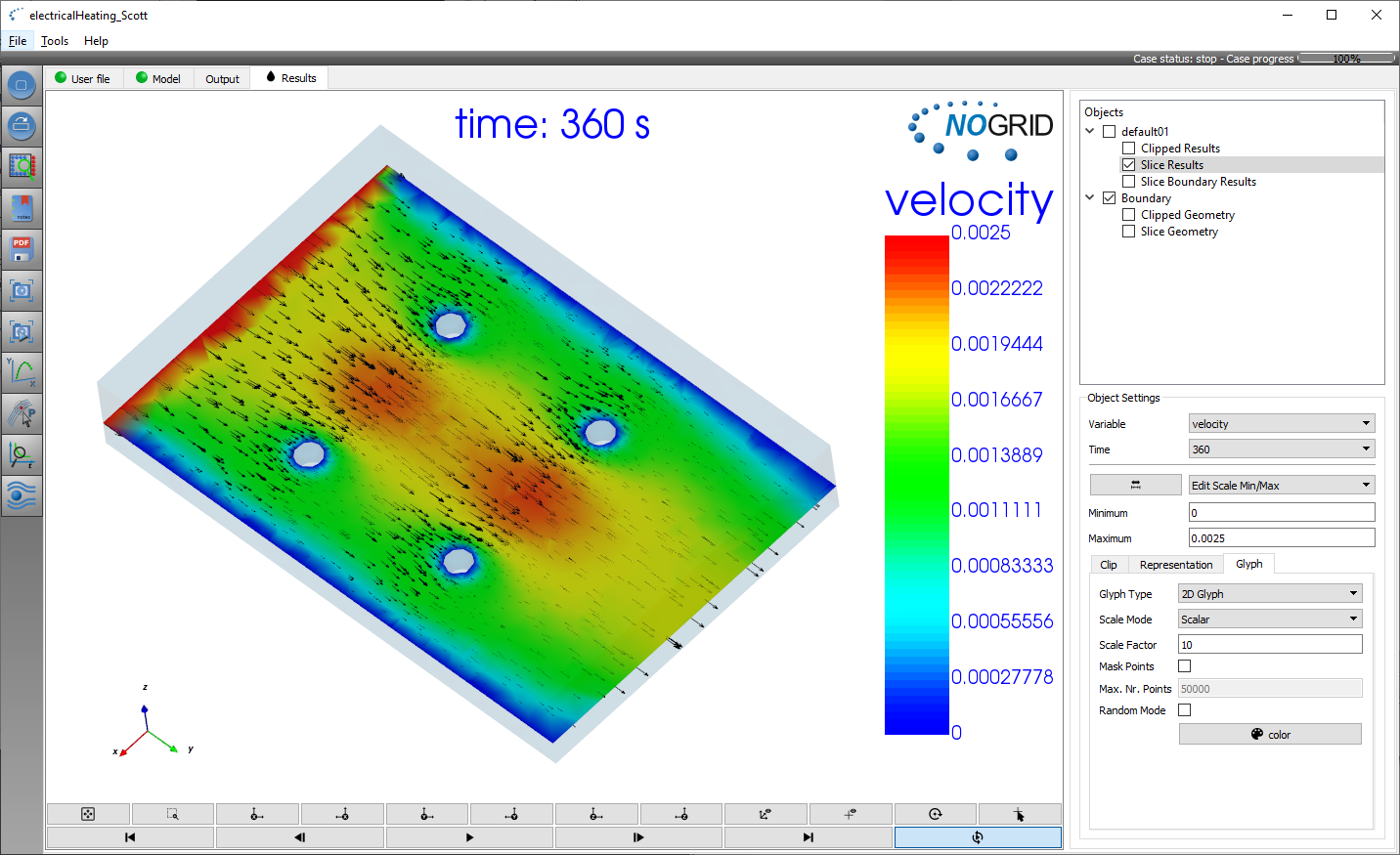 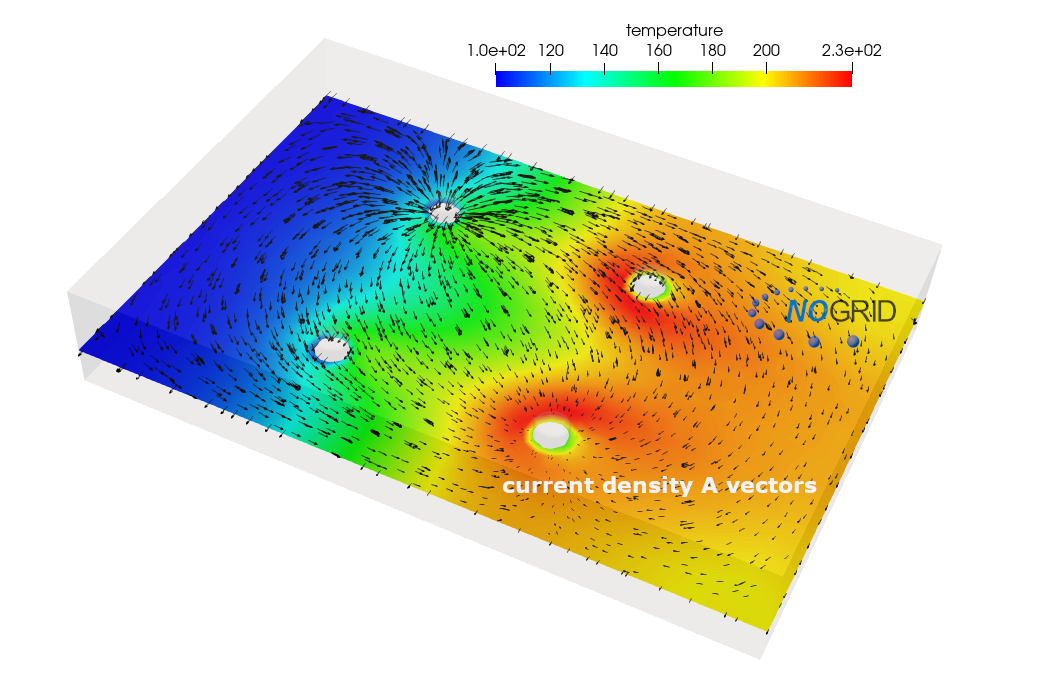 If you want to perform a simulation 'electrical heating of a channel flow by using a Scott circuit with four rod electrodes' you can use the CFD software NOGRID points. Based on the geometrical model which can either be imported from your CAD or created with our CAD preprocessor COMPASS you can generate a computer model of a specific geometry in a very short time (compared to mesh-based methods) and see its thermal characteristics in advance. 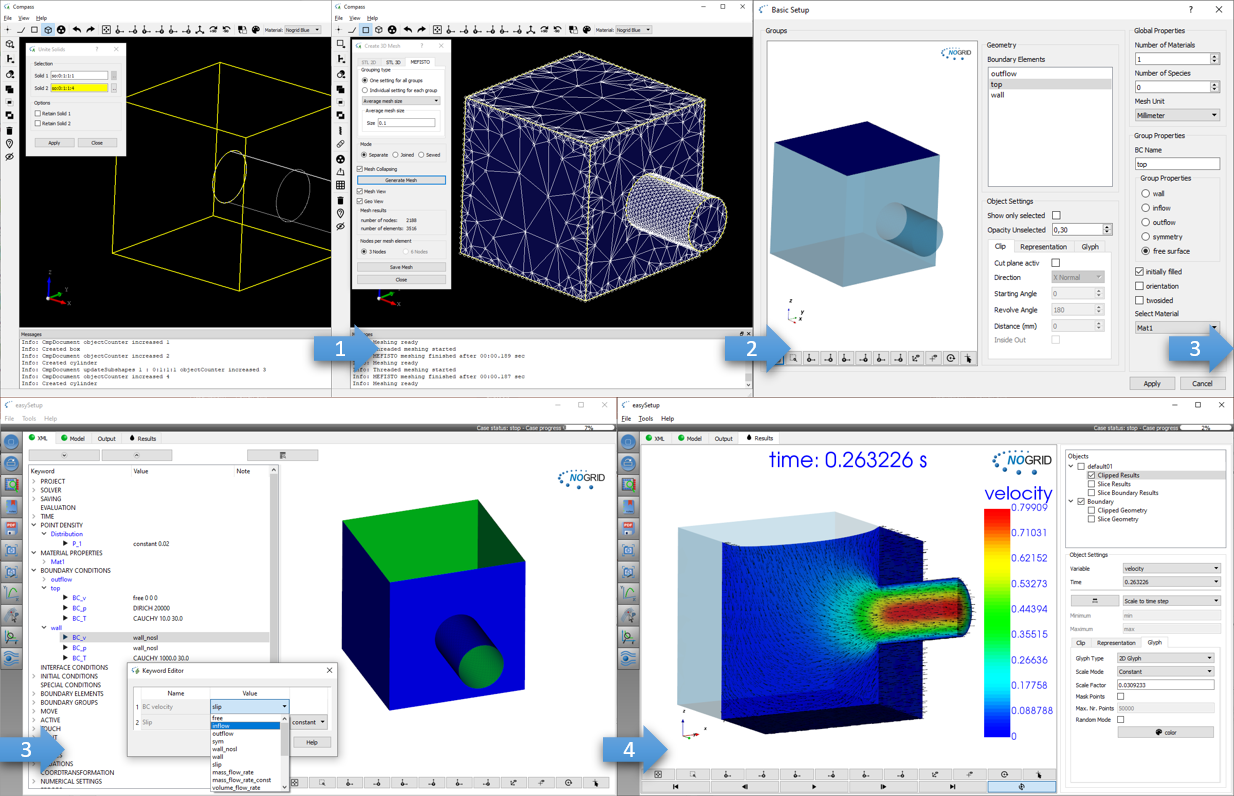